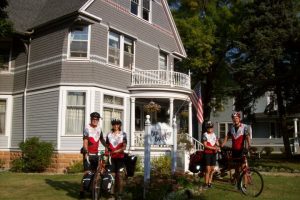 Parkview B&B in Reedsburg[/caption] Are you more interested in wheeling along than walking along? You're not alone. Cycling is now being referred to as the new golf. Here in Wisconsin we have a great rails-to-trails bike system, 117 designated Rustic Roads spanning 669 miles through 59 counties,  plus lots of opportunities to log miles in state and county parks.  Wisconsin has some pretty awesome city cycling too. Take Madison, for example. They have a bike-share program, and commuter bike trails, with several connecting to excellent state trails, for those yearning for a longer-distance ride.  Of course, golf is pretty spectacular here too. The U.S. Open is coming to Wisconsin next year and that's after the state hosted the PGA last year.  We're so glad spring is here and we have a hunch we're not alone. Wisconsin is one of the top bicycling destinations in the U.S. and we're not making that up. Just ask the League of American Bicyclists - they are the ones doing the rankings. Old railroad beds converted to bike trails, including the famous Elroy-Sparta trail, have helped put Wisconsin on the national bike map in a big way. [caption id="attachment_1672" align="alignleft" width="300"] 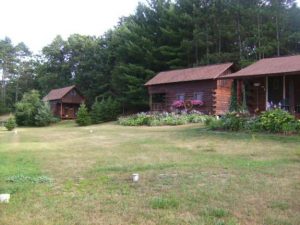 Grapevine Log Cabins in Sparta[/caption]     If you'd like to map out an extended weekend itinerary that allows you to bike during the day and pull in to B&Bs at dusk, consider one of your stops at Fountain Chateau B&B in Hustler.   The beautiful Omaha Bike Trail (originally the Omaha Railroad), connects right next door, where you can  bike all the way to the Elroy-Sparta Trail and the 400 State Park Trail. The Grapevine Log Cabins is almost within earshot of the Elroy-Sparta bike trail, a short 1 ½ miles, where it meets the La Crosse River Trail, and Justin Trails Resort tells their guests to make sure they don't miss the trail's 875' tunnel - it's awesome. [caption id="attachment_1674" align="alignright" width="300"] 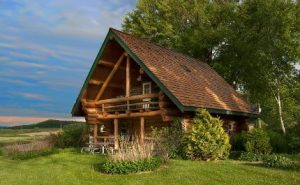 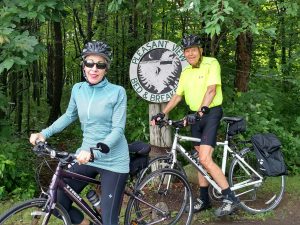 Pleasant View B&B in Chippewa Falls[/caption] Folks who visit Pleasant View B&B can access the Old Abe Bike Trail less than 1/2 mile away, one of 12 paved bike trails in Wisconsin, Another rail trail, Old Abe follows the Chippewa River from Chippewa Falls to Cornell, connecting Lake Wissota and Brunet Island state parks. A future addition will connect the trail with the Chippewa and Red Cedar state trails, creating a network of more than 70 miles of connected trails in the Chippewa Valley. Innkeepers who bike themselves include Heidi and Tom at the Buckingham Inn in Madison, so you'd be in great company at their B&B.  The inn provides free passes for Madison's city bike-share program for a quick ride to restaurants, the Capitol, and other Madison area attractions.   [caption id="attachment_1676" align="alignright" width="300"] 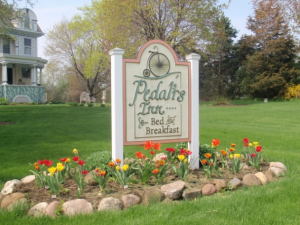 Pedal'rs Inn B&B[/caption]   We couldn't talk bicycling without mentioning the Pedal'rs Inn B&B in Wales, a bicycling inspired inn, where you can pick up the scenic Glacial Drumlin State Trail. Located just a short drive north of Milwaukee, is Hidden Serenity B&B in West Bend and the Eisenbahn, a "rails to trails" project, where you get the beauty of biking in the Kettle Moraine without the steep hills.  Many B&Bs offer relaxing massages at their inns, so inquire, just in case you need to pamper yourself after your day's ride. [caption id="attachment_1678" align="alignnone" width="300"]

Hidden Serenity B&B[/caption] We don't want to leave out the golfers, so here's a fun fact: There are three Hurdzan Fry-designed courses in Wisconsin and they're all public courses: Erin Hills, near Hartford, site of the 2017 U.S. Open, is just 6 miles from the Westphal Mansion Inn B&B, a restored 1913 mansion. [caption id="attachment_1669" align="alignright" width="250"] 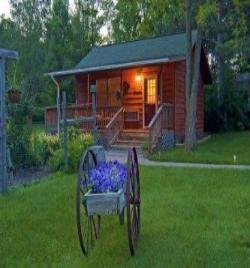 Bowman's Oak Hill B&B in Wis Dells[/caption] Get in a few rounds before the pros descend next year; Wild Rock, the quarry course in Wisconsin Dells, chiseled around and through a former quarry, is for the golfer who embraces a challenge.  After a day on the course relax in this cottage nestled near the edge of the woods at Bowman's Oak Hill B&B; or Troy Burne, in Hudson, just 30 minutes from St. Paul and only 15 minutes from the premier Queen Anne Victorian Phipps Inn.  For more B&B options near these courses, just search by city on our website.   [caption id="attachment_1677" align="alignnone" width="280"] 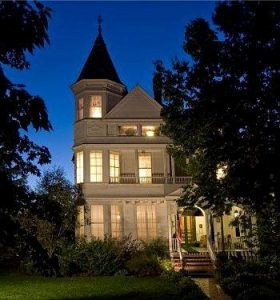