Wisconsin has major travel news this year. The U.S. Open comes to the state for the first time in the tournament’s history, to a public course, no less. Natural Twosome – Golf and B&Bs The 117th U.S. Open is being played at Erin Hills in Wisconsin, marking the first time the storied event has ever been staged in the state. Plus it’s only the sixth time it’s being played at a public course. 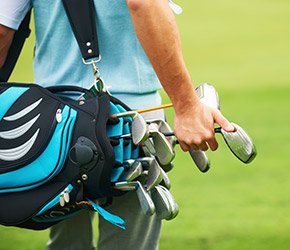 We put together a list of the Top 10 Wisconsin public golf courses (and the B&Bs nearby, naturally) to help you tee up your golf getaway bucket list.

There are more than 500 public golf courses in Wisconsin. Multiple PGA and LPGA tournaments have been contested at public courses at Kohler. Plus, the U.S. Open comes to Erin Hills in Wisconsin, the first time this storied event has ever been staged in the state and only the sixth time at a public course. And this just in: Wisconsin is ranked the #1 golf destination for 2017 by GolfAdvisor.com! So, if there was ever a year to celebrate golf, this is it, which is why the Wisconsin Bed & Breakfast Association put together its own list of top public courses based on travel habits at its member inns. While Erin Hills is closed until after the U.S. Open, there are plenty of top-notch golf getaways for those eager to tee up their summer travel schedule. Top 10 Contenders for Best Golf/B&B Getaways

Bonus Recommendations: There are two other public courses in the state designed by the same duo who designed Erin Hills - Wild Rock in Wisconsin Dells and Troy Burne in Hudson. In Wisconsin Dells, retreat to Bowman’s Oak Hill B&B with its park-like setting where breakfast is served on the large deck. In Hudson, Phipps Inn is located in a historic district making it a short walk to downtown restaurants. Look Forward To: Sand Valley Golf Resort in Nekoosa is set to open in May, and is already getting lots of advance accolades. Less than an hour from the course is Artha Sustainable Living Center in Amherst, an eco-friendly inn set on a 55-acre plot with lots of greens, as in green fields and woodlands. Also just under an hour’s drive is Riverview B&B in Neshkoro, located on the White River, so bring your kayak along with your clubs. When Erin Hills Reopens to the Public: If you’ll be golfing Erin Hills after the U.S. Open, consider a stay at Inn at Pine Terrace in nearby Oconomowoc. The design of this historic mansion was modeled after a nobleman’s castle near Vienna, making it a fitting spot to spend the night when golfing one of the crown jewels of Wisconsin. Just as each golf course is unique and has it's own personality, so do the B&B's in the Wisconsin Bed & Breakfast Association.

A great reason to plan a B&B getaway, where innkeepers are your ultimate concierge to all things local.  Another important item to point out, WBBA members are licensed, inspected and insured.  So rest assured, you will get a good night's sleep when you stay at a WBBA B&B, feeling refreshed and rejuvenated the next morning.  Are you ready to Seek the Unique?