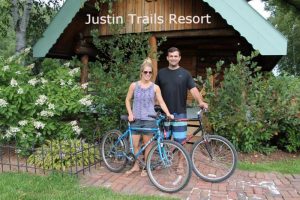 Justin Trails Resort in Sparta, WI[/caption] Two hundred years ago this year, in the German city of Mannheim, inventor Baron Karl von Drais rode his new invention, the bicycle, for the first time. To mark the two-wheeling occasion, we offer our own biking ideas that may be new to you. [caption id="attachment_1670" align="alignleft" width="219"] 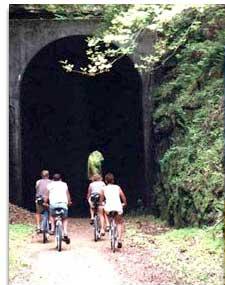 Elroy-Sparta Bike Trail[/caption] The biking accolades for Wisconsin continue to pile up. The first state to convert abandoned railways to trails. Home to bike manufacturers like Trek and Pacific Cycle. Lauded by the League of American Bicyclists for Bicycle Friendly Community Programs including the highest level, Platinum, bestowed on Madison. Search our site for B&Bs with biking and more than 80 inns pop up. If you like to view fall color pedaling below a brilliantly hued tree canopy, we have suggestions. We’ve heard from visitors recommending biking in the Green Lake area. Try the Loop the Lake trail, a 27-mile route that follows the parameter of Wisconsin’s deepest lake past picturesque scenery, or there’s the Mascoutin Valley State Trail built on a former railroad corridor with two sections – one between Berlin and Ripon and the other between Rosendale and Fond du Lac. After power pedaling, pull in to the McConnell Inn and enjoy the gentle pace that prevails or Miller’s Daughter B&B where you could head to a local flea market, head out to one of the area festivals, or enjoy a day on the lake. There is also Greenway House B&B, a Victorian era house with 7 luxurious rooms that blend the historical features of the house with contemporary design or even Angel Inn, a beautifully restored Greek Revival Mansion and the only lakefront B&B on Green Lake. [caption id="attachment_404" align="alignright" width="321"] 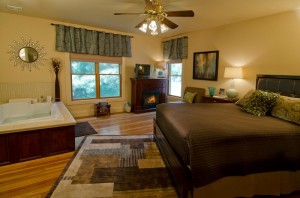 Miller's Daughter in Green Lake is just the place to return to simple pleasures.[/caption] The Tomorrow River State Trail also comes highly recommended. This 29-mile route takes riders through scenic glacial terrain and bucolic farm countryside from Plover to Manawa. Inns along the way offering lovely accommodations include Artha Sustainable Living Center, a serene retreat in an eco-conscious renovated farmhouse on 55-acres of woods complete with fields and organic gardens, Ferg House Inn, which is located in a Bavarian village in the country where wildlife abounds, and Lindsay House B&B, a 1892 Victorian home where you can enjoy a cup of tea or a glass of wine in one of their many outdoor seating areas on the wrap around porch or the beautiful gardens.   [caption id="attachment_1395" align="alignleft" width="273"] 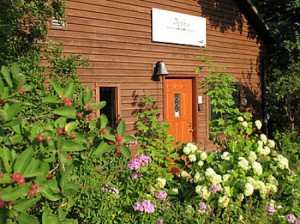 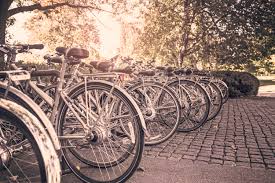 Bicycles[/caption]                   One more recommendation and it’s actually a state historic site. Old World Wisconsin in Eagle has an exhibit called “Catch Wheel Fever,” open on the weekends in the fall, that lets visitors hop aboard bicycles replicated from the 1890s. After your spin around the track, take a look at the period road maps for cyclists. Then make your way to Eagle Centre House, just one-half mile from Old World Wisconsin, where a full candlelight breakfast is included in your journey into the past. [caption id="attachment_1418" align="aligncenter" width="300"] 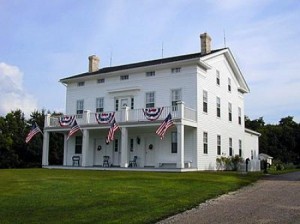