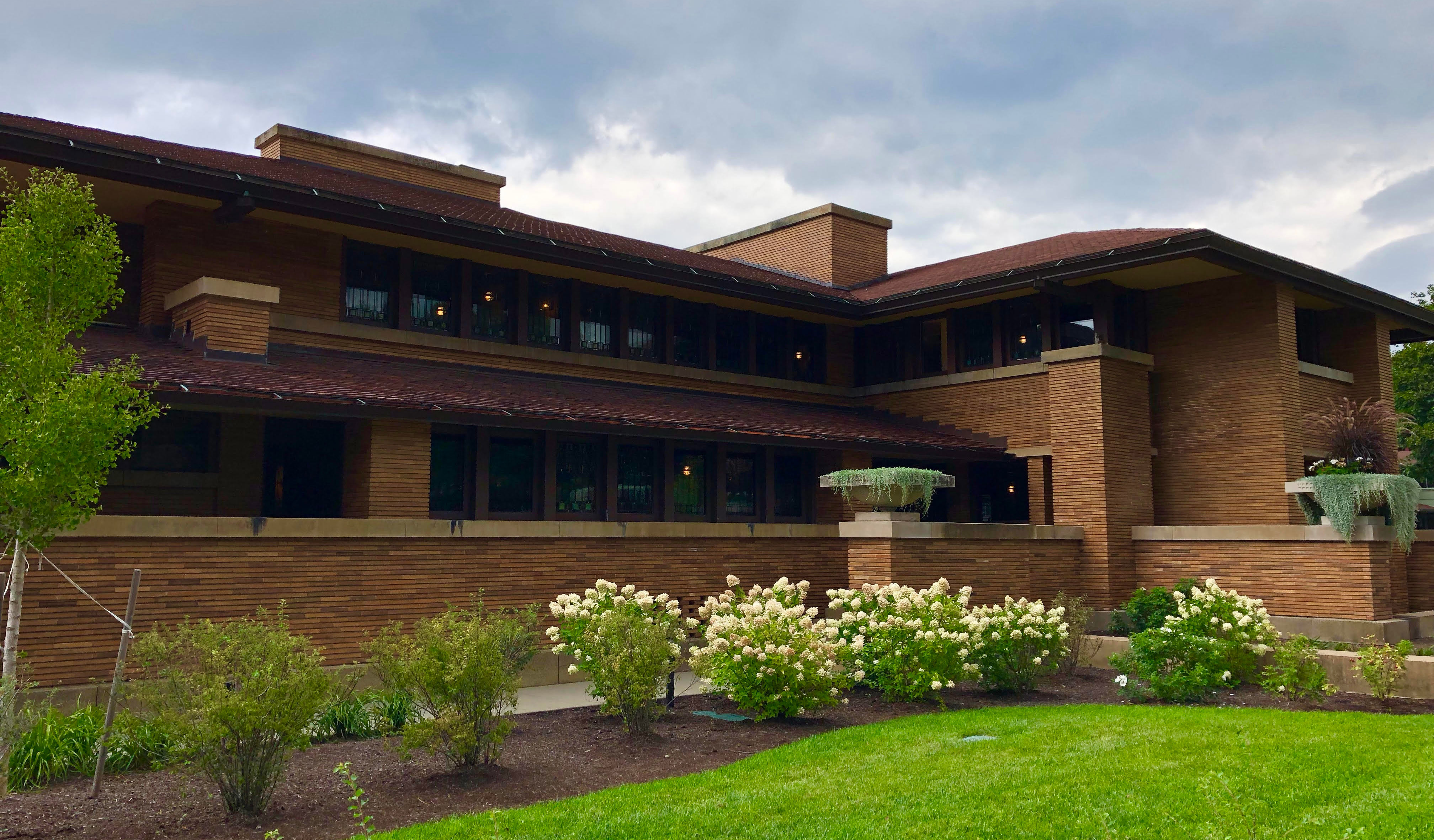 Wisconsin, once home to renowned architect Frank Lloyd Wright, is still home to an incredible 43 of his buildings. Many of these Frank Lloyd Wright houses and buildings are privately owned, and therefore not open to the public.  However, some offer regular tours and the chance to see these historic buildings up close.

Frank Lloyd Wright was born in Richland Center, Wisconsin, and spent much of his life in the towns of Spring Green and Madison. Throughout his lifetime, Frank Lloyd Wright designed nearly 150 buildings for the state of Wisconsin, though only 60 of them were ever built, and only 43 are still in existence today.

To see some of the finest examples of Frank Lloyd Wright houses ever built, come stay at one of our Wisconsin Bed and Breakfasts, and take a trip down the Frank Lloyd Wright Trail. It's the perfect opportunity to not only see these architectural marvels in person, but to stay at some of the best places to stay in Wisconsin. Book your adventure through southern Wisconsin today!

Frank Lloyd Wright, easily considered to be America's greatest architect, was responsible for creating some of the most innovative spaces in the country, thus changing the way we both build and live in the world. Throughout the span of his career, Frank Lloyd Wright designed over 1100 architectural works using his unique aesthetic, and an astonishing 532 of these projects reached completion.

Despite plenty of variation and unique features in each of the Frank Lloyd Wright houses and buildings, they share a common thread: belonging to the American Prairie. Much of southern Wisconsin, and in particular the areas where Wright lived and worked, is situated in the Driftless Region. This area is known for its dramatic bluffs, rolling hills, and beautiful coulees (valleys). This stunning geography is, at least in part, what inspired Wright's organic architectural style.

In what became known as Prairie Style, Wright emphasized a design that reflected the prairies he grew up around. These designs featured low-pitched roofs with deep overhangs, no attics or basements, and long rows of casement windows, all of which emphasized the surrounding low and horizontal prairies of southern Wisconsin and the midwest.

Over the years, Wright's work grew and changed to meet the needs of American Society.  In the years following the financial crisis of 1929 and the resulting Great Depression, his architecture took a turn towards more affordable and utilitarian designs.  These designs, referred to as Usonian houses, focused on living in simplistic but beautiful surroundings. 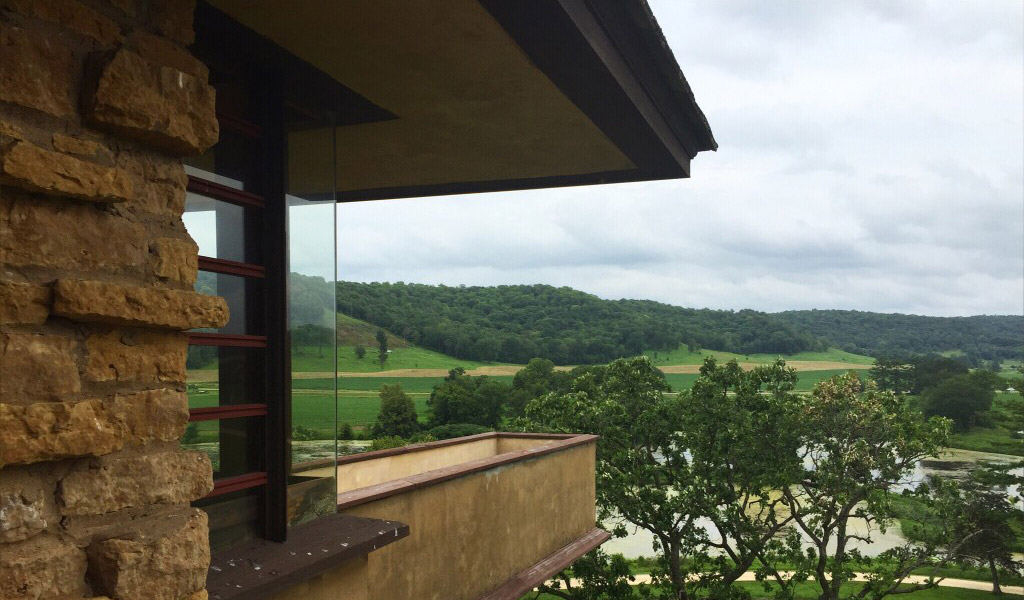 Since Wisconsin was Frank Lloyd Wright's home, it makes sense that the state dedicated a trail to exploring and appreciating his stunning architecture. The Frank Lloyd Wright Trail was established in 2017 and takes travelers on a unique and interesting self-guided tour around the state. The trail travels through southern Wisconsin, highlighting 9 of the best pieces of Wright's architecture. 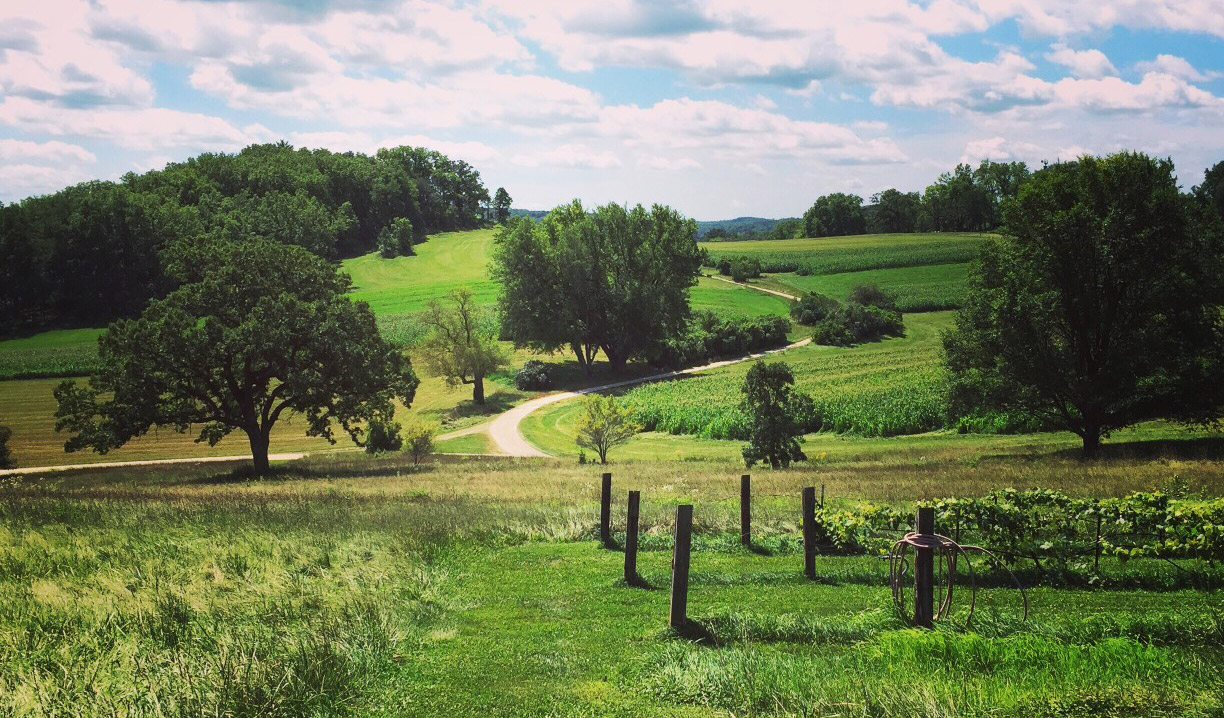 The Most Unique Places to Stay in Wisconsin

Visiting Frank Lloyd Wright houses in Wisconsin is a beautiful journey and one that will take you several days to fully enjoy. Seeing these architectural marvels is certainly worth your time, and will change the way you look at the world around you. That is especially true when you pair your getaway with one of the most unique places to stay in Wisconsin; one of our Wisconsin Bed and breakfasts.

Be sure to spend just as much time off the beaten path as on it, as you gain a deep appreciation for this sensational part of Wisconsin. With plenty of hiking and biking trails to enjoy, breathtaking scenery, and a number of fun attractions and things to do, you'll never be bored. When it's time to relax and unwind, our unique collection of Wisconsin Bed and Breakfasts will be here and waiting. The offer the best accommodations and many of the most unique places to stay in Wisconsin.

Start planning your adventure to see these 9 incredible Frank Lloyd Wright houses and buildings. When it comes to lodging, our Wisconsin Bed and Breakfasts await!